Freedom from the Government

Libertarians can be a radical and contentious lot: damning government, shouting “Taxation is theft!” calling for immediate abolition of critical programs… You may think them unrealistic. You may even think government is too small. Nonetheless, odds are good that you share the same underlying values that libertarians hold dear.

Suppose the Salvation Army was to become a real army, complete with assault weapons and body armor. It could raise a lot more money each Christmas, and its soldiers wouldn’t have to keep ringing those annoying bells. Instead, each shopping mall entrance would become a military checkpoint. Soldiers would require that each shopper donate a fair to the cause. It’s a win-win situation! The burden of charity would be more fairly distributed, fundraising costs would go way down, and money for the poor would be plentiful.

What? You have a problem with being held up, even to take care of the poor? You selfish jerk! It’s for a good cause! Have you been reading Ayn Rand?

An armed Salvation Army and government-funded welfare programs are morally equivalent. Oh, there are some practical differences. The government has more information on people, so it might do a better job of spreading the burden. And we might have better control of the government – elections and all that. A renegade Salvation Army using its armed might for selfish reasons would be a nasty thing indeed, and taming it could be bloody. Then again, the same holds true for government. Read your history books. An armed Salvation Army might be easier to control than a government.

What about democracy? Democracy is us. Therefore when the government collects taxes to fund welfare programs, it’s not theft. Right?

Wrong! Democratic government represents a majority at best. Try letting three muggers and a little old lady vote on how to distribute the contents of her purse. Or let two dirty old men and a nubile coed vote on what to do for fun. Or let 100,000 Puritans and 50,000 agnostics vote on mandatory church attendance. Or two million racist whites and one million African-Americans on whether to continue slavery…

Democracy is useful, but it is still a moral compromise. And that’s all I am trying to convey here: if you vote for government action, you are making moral compromises. Taxation is a form a theft. It may be a necessary bit of theft – doing without is problematic – but it is still theft. You may decide the theft is warranted, that it is better to steal from the rich than to let the poor go without. At times I will agree with you. After all, I am no longer a libertarian. But I still recognize that taxation is a form of theft.

Let's start with some utopian fiction from the libertarian view. We stick with books here, since Hollywood doesn't think of libertopia as a good idea.

The movie/TV industry does a much better job portraying the evils of excess government than it does the positives of minimal/no government. Here's a couple of my favorite examples.

. Think Monty Python meets 1984. A dark comedy involving secret police, terrorist threats, environmental destruction, and ductwork. Prescient. Robert DiNiro plays the most heroic plumber in movie history. (P.S. The title is weird. It comes from a song. The country Brazil does not factor in at all.) 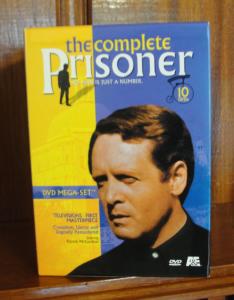 A retired spy is kidnapped and taken to a prison-village, modeled on Jeremy Bentham's ideas. One of the most surreal television series ever made.

For more utopias, dystopias, along with libertarian theory, see the store.

The Limits of the Libertarian Vision